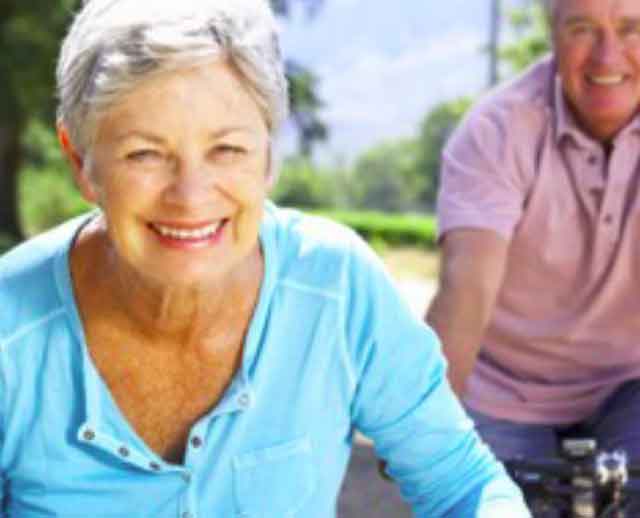 I have what may be the most common disease among middle-aged and
older adults: osteoarthritis. But unlike many similarly afflicted, I don’t take it lying down. And neither should you. In fact, you and your doctor should be paying more attention to it even before it happens, because if you live long enough, it almost certainly will develop in one or more of your vital joints. There is much you can do to forestall it, minimize its symptoms and overcome the disability that can result.

Even what you eat and don’t eat, as well as whether and how you exercise, can affect your risk of developing arthritis and your ability to cope well despite its effects on your joints.

Recent evidence indicates that osteoarthritis is not simply the result of years of wear and tear on the cartilage in important joints like knees and hips. Rather, it may be promoted, and perhaps initially caused, by chronic low-grade inflammation that is now also linked to other major chronic ills, including heart disease and Alzheimer’s disease, in which diet and exercise may play a protective role.

One of the biggest mistakes people make with arthritis is to limit movement of the affected joint, which leads to stiffness and weakness that only makes matters worse. The resulting decline in neuromuscular function, especially balance and walking speed, is a major risk factor for falls and fall injuries that too often lead to costly hip replacements and lasting disability.

A national survey in 2012 by the Centers for Disease Control and
Prevention found that among people with arthritis, the prevalence of two or more falls during the previous year was 137 percent higher and of fall injuries 149 percent higher than among their age mates without arthritis. In 2011, osteoarthritis accounted for 95 percent of the 757,000 total knee replacements and 80 percent of the 512,000 total hip replacements in this country, the United States Bone and Joint Initiative has reported.

Much is known about the factors that increase the likelihood of developing arthritis, several of which are related to the way people live their lives. The most important of these — being overweight or obese — bodes ill for the future of millions of American adults, half of whom now weigh a lot more than they should. “Every extra pound increases the stress across the knee joint three to five times,” Dr. Roland Moskowitz, a rheumatologist at University Hospitals Case Medical Center in Cleveland, told the Nutrition Action Healthletter, published by the Center for Science in the Public Interest, a public advocacy group. “When researchers in Norway tracked more than 1,600 people with healthy knees for 10 years, those who were overweight or obese were two to three times more likely to be diagnosed with osteoarthritis of the knee than those who were normal weight,” the newsletter reported. Even a very moderate weight loss of 10 or 12 pounds in a person weighing 250 pounds can reduce the pain and disability associated with arthritis.

Joint injuries, as well as surgery, say, to repair a torn meniscus, are another major factor in the development of arthritis. The inflammation that occurs when a joint is damaged in any way may account in part for this relationship. Athletes and others who undergo surgery for a torn meniscus develop arthritis at a rate five to 10 times greater than people spared this operation. Research in both laboratory animals and people by Dr. William Robinson and Dr. Mark Genovese, specialists in immunology and rheumatology at Stanford University, has suggested that injuries and agerelated wear and tear ignite low-grade inflammation that further damages the joints. They are seeking ways to selectively deter the inflammatory effect in the hopes of forestalling further joint damage.

A body-wide increase in inflammation may explain why some people get arthritis in joints that are not weight-bearing, like fingers. Damage caused by inflammation may also explain the influence of diet on arthritis. Food ingredients that the Arthritis Foundation has linked to inflammation include sugar, saturated and trans fats, refined carbohydrates and alcohol. Among the 54,000 women in the Nurses’ Health Study followed for 16 years, those who consumed the most vegetables, fruit, whole grains, nuts, legumes, omega-3 and polyunsaturated fats, and the least sugarsweetened drinks, fruit juice, red and processed meats, trans fats, sodium and alcohol were less likely to become limited in their ability to perform everyday tasks.

Exercise can be both a blessing and a curse with regard to arthritis. Overdo it, and you invite joint injury and accelerated wear and tear. But insufficient exercise is likely to result in poor flexibility and weak muscles that inadequately support weight-bearing joints and enhance the risk of injury.

Once disabling arthritis develops, the activities one is accustomed to can become problematic. When my knees gave out (after three ski injuries one surgical repair and many years of jogging and singles tennis), I had them replaced and adopted a new exercise regimen of daily walking or cycling and lap swimming.

Water-based exercise is an excellent option for people with painful joints, especially those who are overweight, because joint stress is minimized. However, weight-bearing activities like walking remain important even with advanced arthritis. Canadian specialists reportedthat walking for 30 to 50 minutes at least three days a week relieved arthritic knee pain. Daily practice of tai chi has a dual benefit of improving balance and relieving arthritic pain and stiffness in the knees and hips.

Strength training is equally important because weak muscles cannot adequately support compromised joints. Cycling, indoors or out, can strengthen the muscles that support hips and knees. Many floor-based exercises can do so as well. But even with the best of diet and exercise regimens, arthritis can take a significant toll on daily activities, including such routine tasks as buttoning a shirt, threading a needle and handling kitchen tools. There are aids to facilitate these and other tasks. You’ll find many at websites like arthritissupplies.com and aidsforarthritis.com.

Opening jars seems to be one of the most frustrating tasks for people with arthritis, as well as those with age-related loss of strength. But before you call upon a child or neighbor to do this for you, I offer the best solution I’ve found. After having no success with hand-held and under-the-cabinet jar openers, a friend suggested using a mesh rubber mat, the kind you might put under a vase to keep it from slipping. They are often sold in dollar stores. To date, there’s been no jar that has failed to succumb. Rubber gloves may work, too.